Putting the Toast Back in the Toaster

Putting the Toast Back in the Toaster

My name is BtoasterBoy. I haven't done much on the forum yet, but I plan to get more involved.

History with N: I picked up N about 9 years ago, and played it for about a year before quitting. Then, about a year ago, I started college, and I needed something to do between classes, so I found this game again, and I've been playing regularly ever since (although I didn't really start playing user levels until I beat the main levels, which took me a few months). On top of that, it wasn't until a couple of weeks ago that I started making levels regularly, joining chat, etc.

Other things I do: I spend most of my free time playing games (both video and board). I mostly play older games through emulators. I also started a youtube channel (XandoToaster) that I planned to do Let's Plays on, but I only posted two FTL videos last March, and nothing else. I'm sure I'll get back to that someday.

Music I like: I actually have a pretty wide range of music I listen to. Recently, I've been listening to the Talking Heads and the B-52s. I've also been listening to the works of Nujabes, Shing02, and Fat Jon, who all worked on the Samurai Champloo soundtrack. But I also frequently listen to the Gorillaz, the Beatles, Cake, the Flaming Lips, the Slip, Area 11, Jonathan Coulton, Paul & Storm, Queen, Billy Joel, Huey Lewis and the News, as well as numerous soundtracks I like from games, shows, musicals, etc., including Spyro the Dragon, Super Brothers: Sword & Sworcery, Bastion, the Final Fantasy games, Samurai Champloo, Cowboy Bebop, Baccano, Assassins, Into the Woods, Pippin, and more.

Other general info: I'm 19 year old. My birthday is 10 May. I attend the University of Oregon (Go Ducks

). I'm majoring in Computer Science, and although I'm still pretty new to the subject, I'm really enjoying it. I also really enjoy Maths. Really, I just enjoy learning in general.

I just realized that I made this post a lot bigger than I meant to, so I'm just gonna stop it here.

Lol, what about physics?

Lol what about people who like learning languages are geeks and people who like math, physiks, informatic and ‎electrical engineering are just normal... :P
btw I'm studying communication- and mediainformatic 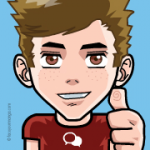 Re: Maths for nerds

Shut up, Cooper, or I'll divide you by zero!

About a million people have asked me this, so I'm making a post about it here. The story of my username:

When I was very young (about 4 or 5), my brother gave me the nickname Toaster. The name didn't stick around long, but during that time, I made my first e-mail account. Because that was my nickname, I tried to make my e-mail username "Toaster", but it was taken. I tried "ToasterBoy", but it was also taken. Then, the site offered some suggestions. The first of which was "BToasterBoy". I thought this was so weirdly funny that I took it, and I've been using it ever since.

So children, that's the story of BToasterBoy.