Feel free to post any and all conspiracy theories that you have about anything to do with Nv2.

miller's contribution is as follows:

Eddy is really VotedStraw and uses that to divert attention from eddy's own underclocked runs on nv2.

The more ridiculous, the better.

Not many people know this, but one time Eddy broke both of his hands while trying a new technique for jumping off of bounce blocks. After this happened, he had to play with only his feet for a few days. He got so used to it, he still does it sometimes. Whenever he plays with his feet, he does it under the username cooperverdon.

Eddy and Btonios are brothers.

I have here times two theories:
Raja12, Rajal2 and penisman are the same person.
and
wk96 is DarkKing.

BtoasterBoy wrote:Not many people know this, but one time Eddy broke both of his hands while trying a new technique for jumping off of bounce blocks. After this happened, he had to play with only his feet for a few days. He got so used to it, he still does it sometimes. Whenever he plays with his feet, he does it under the username cooperverdon.

Haha, great! Though, i think i heard the part about him broking his arms, but the last sentence really made me laugh

I have a few theories here concerning N Game that unfortunately aren't ridiculous but I seriously believe that they are true.

Note: Please don't freak out on me, as these are all simply just THEORIES that I strongly believe in.

1. Mare & Raigan secretly hired professional game developers to develop the masterpiece of Nv2. Not a single idiot - not even shomman or miller - should disagree with this. This game exceeds all my expectations. The game involves the most elaborate storyline, the most fascinating character development, and the most engaging gameplay ever that the game should be nominated for an award. Personally, my favorite part about Nv2 is the usefulness/efficiency of the reliable flag button. Without it, this game would be a joke.
2. cooperverdon has no friends. This one is an easy one because he is simply just an asshole.
3. oxymoron93 has no friends because he enjoys taking Oleary15's 0ths, which is clearly just totally uncalled for.
4. THUNDER is a hacker. A 5297 chimney seems almost unheard of and unimaginable - and an investigation regarding this should be conducted immediately.
5. axmyr is raja12. Raja's penis maps are so meticulously portrayed in his maps with such precise detail that the only person I can think of to possess such an artistic talent would be axmyr.
6. Either shomman types with her forehead or is the worst typer/speller that has ever existed. This is a theory I have come up with because she once spelled my name ORPAJWIJRWKR15.

I have a theory that cooperverdon's real name is Cooper Verdon.

Shomman has never actually played N. You might notice that he's never posted a level, and he's never gotten a score, but he's always on the forum and on the chat talking about N like he's heard of it. That is only a cover.

1) The staff actually pops in once in a while and looks at the flagged levels(Penis maps, spam, racist, etc.) and just LAUGH at them and watch us suffer.

2) EddyMataGallos was born and raised as a virtual ninja.

4) ALL of the impersonators are only 2 people. 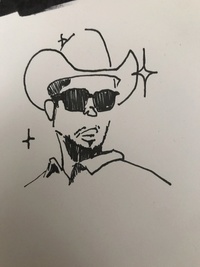 Meta_Ing and Raif are spies from N1.4 checking up on us to make sure we aren't planning a coup.
Meta_Ing even joined the forums, under a secret name as a disguise; Meta Ing.

the hell if anyone knows that votedstraw killed himself playing the one map he couldn't beat. so beyond the grave he high-fucking-scores to his woeful soul's delight, almost as much a delight as sucking the other souls in the night

What's up with that face?

On #4 I agree, but only 2 people with crap tons of impersonators are few people.

ok then i see your point

BtoasterBoy wrote:Not many people know this, but one time Eddy broke both of his hands while trying a new technique for jumping off of bounce blocks. After this happened, he had to play with only his feet for a few days. He got so used to it, he still does it sometimes. Whenever he plays with his feet, he does it under the username cooperverdon.

Lol, this was hilarious haha.

PERV's like rajal2 caused all of our maps to be erased!

Meta_Ing and Raif are an internet couple married by decree of IRC. They were married by Norkkom. They only talk to each other when no one is on the chat, so they are always waiting on there for an opportunity to communicate.
They have been married for 5 years.
They cannot PM because they are both fugitives involved with the creation and upkeep of the Silk Road / they suck at computer stuff.

Mare and Raigan developed a robot to find the max scores on many of the metanet levels. They named the robot Educated Master Gamer, or EdMaGa, for short. After years of nothing but playing levels in N, EdMaGa gained sentience, and wanted to see the world. He started by going to Spain, and he started using the alias, EddyMataGallos. However, he quickly discovered that N was the only thing that gave him any meaning in life. He started playing again with his alias as his username, and he quickly rose to N fame.

Mare and Raigan eventually tracked him down, but decided that it was best to let him live his new life in human society.

BtoasterBoy, I heard the 'author title' account (as opposed to author title 2) was also a sophisticated robot made by Metanet able to pick out interesting maps from NUMA (nmaps.net) and publish them on N2 using many many complex criteria. It was invented to make up for them not having linked the two databases together (for example via making it easy to convert map code and automatically sorting the bugs w/e) and potentially aid in designing thousands of new N++ levels. The robot was an incredible feat and had become an obsession of Mare and Raigan which left them barely any time to work on N++ This is very likely the reason for why N2 has not been tweaked/sorted out still. However after publishing a few maps the sophisticated Author title robot malfunctioned and 'ran away' never to be seen again.