NPoints Season 6 is in Session!

I'm not out of competition, just unlikely to earn a good place. I'll still try, but this whole week I'll be only few minutes online, because limited connection, so I won't have much time to play. I loaded all of this week's maps. Could my offline scores count, if I delivered screenshot showing my best runs? I don't want to be online with this bad limited mobile connection for few hours just so I could see my scores in a table. Would it be possible to have my scores count, if I sent them to shom/toast by pm, or to this topic with my screenshot showing best runs I did offline?

I'm afraid we can't count that Jirka. That really sucks for you, and I'm sorry to hear about that, but it just wouldn't be fair to other players if they weren't able to see where they needed to be to get a certain number of points, or get onto the table. Sorry.

Ok, I will practice the maps offline. And then just in 1 day/hour try to do my best scores with internet. Well, I'll see. Maybe I won't get any scores this week, maybe I'll do. But I just always do like 30 minutes online daily max. Bad signal+limited data sucks. I'll see how it would work out.

Who is the mastermind behind choosing the N S6 levels. Will the Real Slim Shady please stand up? 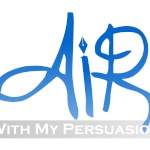 shomman tallied the points this week, so I wasn't paying attention to what happened. It looks like pzylL got 50 points again, and vrug came in second with 43 points. Icy-Sole got 34 points, which is about how many he's been getting.

oxymoron93 had his worst week. He only got 9 points! Because he only played one map! grydx2 had his best week, by a decent margin, getting 28 points, and putting him in 5th place! Jirka managed to get 15 points despite the struggle he had to face this week!

AiR played for the second week in a row, and got 23 points! deep97 played for his second non-consecutive week and got 13 points.

Next week's maps will be posted tomorrow!

Week 4 Maps are up! We have got maps from Spackal, Thunder, Psycho Devil, patfelix and SpartaX18. Thanks to all those guys for making maps

The code for this week is [S6W4]
Countdown: http://itsalmo.st/#endofweek4_a0dtg
Good luck!

We had a loss this week, as vrugtehagel decided that he will not take NPoints as seriously as he has been. NPoints can be an exhausting contest, as shomman and I know from experience. It takes a special kind of determination and lack of social life to win something like this. We will miss him greatly.

In other news, pzylL did not get a perfect week! Icy-Sole (aka patfelix) took four 1sts, and he took 0th on sparta's map! Is this the beginning of the end for pzylL? Only time will tell!

In other other news, grydx2, AiR, and Kai all did very well, each getting roughly 20 points, and Jirka did very well, getting 32 points this week, making this his best week so far! Congratulations to everyone who played!

Week 5 maps will be posted tomorrow.

This week we have maps by Spackal, Andrew_99, oxymoron93, patfelix, and myself.

Countdown timer to the end of the week: http://itsalmo.st/#endofweek5

And just like that, Season 6 is already half over! Let's look back at what's been going on so far this season:

pzylL has been smashing everything, except for that one time.

I think that more or less covers it.

pzylL has not necessarily won yet, but it's looking more and more like he will. The battle for a top 10 spot it still underway though! Just two weeks of getting 20+ points could potentially get a player a top 10 spot! Considering the level of competition this contest has, earning any points is an impressive feat, to be sure. Managing to get a top 10 spot in this contest shows that a player is truly worth their salt.

Anyway, let's actually look at what happened this week.

Oleary showed up for some reason! He had 0th on two of the maps at the beginning of the week, but Sparta took 0th on one of them, and then pzylL later took 0th on both of them, giving pzylL his 4th perfect week this season.

grydx2 had a great week too, getting 40 points! This makes grydx2 only the 4th person this season to break 40 points in a single week! This also put grydx2 over Jirka's score! Jirka may need to put in some work to pass him now.

Our first two runners-up did not play much this week. Icy-Sole only got 29 points, making this his worst week by far! Perhaps he was happy to get that 0th last week, and he's content to be mediocre the rest of the season. vrugtehagle really went through with not putting effort into this contest anymore, and he only played one map, getting 7 points.

Speaking of worsts, this was also AiR's worst week since he started playing, as he only earned 16 points.

This week had some highs and lows, but it just goes to show that anything can happen in NPoints!

No mention for me this week, well Grydx2 managed to beat me in every map, I could beat him back on some, but few hours before deadline I only tried to finally get ranked on that stupid patfelix map. I really hated that map it fitted to style I hate and suck at. Annoying precision jumper where is too easy to make a mistake/miss a jump and door just out of reach if I wanted faster way. I almost couldn't get even to top10, because that map was too hard for me to do without big mistakes.

I also didn't liked toaster's map, because it was simply too hard to highscore, but when I finally did an AGD I got 8 points, so that was nice. You could see, how hard it was to highscore by seeing only 5 people actually got all/almost all gold. Other players just completed the map ignoring some gold. Other 3 maps were fine for me, I liked them.

pzylL, if you are reading this, i hope you rot in hell, you bloody bastard!

Sparta - someone playing when you don't have access to your computer is not "troll playing".

Countdown to the end of the week: http://itsalmo.st/#endofweek6

Search S6W6 to find the maps!

shomman wrote:Sparta - someone playing when you don't have access to your computer is not "troll playing".

Another week has passed, and more points were obtained. Let's see what happened!

Speaking of all those other players, they played this week too! vrug has showed us that he's not out entirely, and earned 28 points this time, which grydx2 managed to tie. Icy-Sole seems to be on the decline now, as he only earned 25 points.

AiR was not far behind though, earning 22 points! FFF played the maps you would expect from him, and he earned 19 points. Altaneria played the 2 maps FFF did not, and earned 13 points.

We had some old faces score some points, but we also had some new people! deniseich played some last season, but geoff_182, dB_Rider, and abrow425 are new to the contest, and they all got more than 2 points! Good for them!

Week 7 maps will be up tomorrow!

This week we have maps from m5290, vrugtehagel, oxymoron93, HaViX, and Jirka (with tiles by Fury).

Countdown to end of week: http://itsalmo.st/#endofweek7

If you're interested, HaViX made a timelapse of making this week's level, which can be found here:
Link to Video

Thanks THUNDER - That's a shame but I don't think it'll have any bearing on the results, thankfully.

Thanks for compliment toast, but you have too high hopes for me. This might have been last week, where I had lot of time and the maps fitted me well, except Spackal's which I at least managed to get just behind the top4 runs I knew I can't beat. I think I'll be having less points again last weeks, but I'll try to play enough to stay in top5. I have to study for my last exam, I'll have some vacations this month, so I'll play less. I feel bad about my map this week, because I made it skill cheatable and pzyll did a run with expert tricks I'm too bad to do or need too many tries to do, so my demo will be 100% worse than current best run.

Speaking of top 10 spots: grydx2 passed Jirka this week! Jirka will have to put in some effort to get his spot back!

Week 8 maps will be up tomorrow!