Im trying to cut down on my n playing amount. Plus I dont really enjoy making maps and im not very good. I guess some guys will help, but I dunno.

I'll help you map if you want 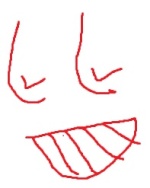 I hope NPoints continues as long as people are making good maps for it. I love being able to go to a place where I'm sure that I'll find good levels, as opposed to the usual crap I see in user levels. If mappers aren't going to be putting much effort in making good maps for the season, then I'm not really interested in playing.

That said, NPoints is the only reason I've made any maps at all recently, and if it ends I don't know if I'm going to map much at all anymore. I'll try to send a bunch of good maps to you between now and June.

just to say the points haven't been tallied yet so patfelix the table atm is not right, just put people with points on.

NPoints is a hallmark of this incredible game we play. N wouldn't be N if Thunder didn't scrape together a few levels every week for us to fight over, but it feels like shomman, pzylL, and myself, have been the only ones that care enough to compete. So, I wanted to post a recap of last season in the hopes of getting people more pumped for this drunken bar fight we should be having! Here it is, my recap of Season 3 of NPoints!


If you missed the third season of the famed NPoints competition, you missed the most suspenseful event of your short, pathetic, wasted life. I'm already working on selling the movie rights to Disney. It was a classic story. It had the young, charismatic hero (shomman), and the dastardly villain (BtoasterBoy). It played out just like any classic action movie. Let's say, Diehard.

(Spoilers about Diehard):
shomman was just like the heroic Bruce Willis. Everybody wanted this guy to win. But of course, there were villains, out to try to get their own selfish prize. Villains such as BtoasterBoy, played by the talented Alan Rickman, and his cronies, Oleary15 and pzylL. They tried their hardest to stop John McClane from taking all the NPoints, but their efforts were in vain. At the last minute, when it seemed like he was at his breaking point, he pulled through and defeated those German bastards

Although, I suppose that Oleary and pzylL weren't really working for me, or even with me for that matter. It was more of an open fight. Everyone was trying to get the prize. Hmm...

Maybe this story is more like the movie Rocky.

(Spoilers about Rocky):
shomman was just like the hero, Rocky Balboa, and BtoasterBoy was just like the evil Apollo Creed. Okay, sure, Apollo Creed wasn't really evil, but he was the bad guy. And making him evil makes for a much better story. Although, I guess Rocky lost in the first move, so maybe this isn't the best analogy either.

Unless I'm Rocky! That makes way more sense. I'm just like Rocky Balboa, and shomman is just like John McClane. This played out just like in the first Rocky movie, when Sylvester Stallone was fighting his hardest, but Bruce Willis was just too good, and Stallone lost the fight. That makes so much more sense.

But now that I'm looking at the weekly scores, that doesn't really describe it either. shomman jumped ahead of me really early on, and I just never really caught up. Also, shomman and I were thinking that we probably wouldn't compete again too much during the next season, so this movie isn't really set up for sequels like Rocky was. So maybe this is a different movie.

(Spoilers about...Seven? ...kind of? ...):
Of course! This is just like the movie Seven. The bad guy was always just one step ahead of the heroes. Remember the end of that movie, when Rocky Balboa shot and killed John McClane? Morgan Freeman was there too. I guess that can be Thunder. Thunder always played this season, so that makes enough sense.

Anyway, I'm sure this movie is gonna make it big in the box office. I'll try not to forget you losers when I'm rich and famous. 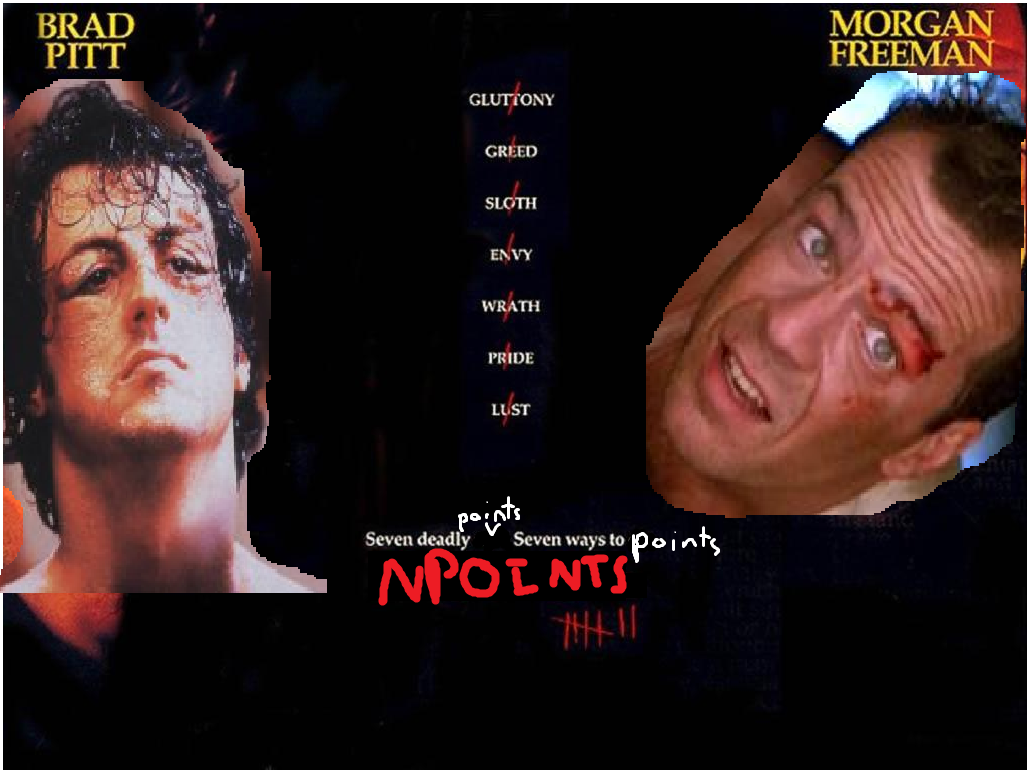 Anyway, season 4 has already started, but it's not too late to get in on the action! Levels are posted Monday!
Fight the fight!

due to family issues npoints is postponed for a week , week 9 starts - Monday 3rd august